From Mid-table Mediocrity to the Champions League: Can Chelsea Upset the Odds?

When football fans aren’t marvelling over the action the beautiful game offers, they’re watching from the stands in disbelief exclaiming: “it’s a funny old game” – or worse. For fans of the mighty Chelsea, this season has been much more a case of the latter than the former as, despite our boys’ best efforts, the race for the Premier League title seems to be slipping away.

Languishing in 12th place in the league after 26 games, it seems as though any hopes of Champions League football next season rest on the team’s performance in the current competition. Fans, along with Chelsea sponsors like Adidas and new training wear sponsor Carabao, are still expecting the best from the Blues.

While things have been far from disastrous – a run of 12 games unbeaten under Guus Hiddink can’t be bad – performances on the pitch certainly haven’t given fans much to shout about.

Excluding the recent demolition of Newcastle 5-1 at home, the turn of the year has seen Chelsea draw four Premier League matches out of seven (and win three).

Moreover, it’s been much of the same in the Champions League with solid but uninspiring draws against the likes of Dynamo Kiev summing up the tournament so far.

For a team gunning for mid-table mediocrity, this run of results would be cause for celebration; however, for a team that won the Premier League with three games left to play last year, things aren’t looking good.

Fortunately, dreams of FA Cup and Champions League glory still loom large, but winning either won’t be easy. In fact, according to Hiddink, February is a pivotal month for his side. Stating that they had six days to turn their season around, Hiddink stressed that Chelsea could still enjoy “huge success” if they’re able to capture the Champions League title (which is all far cry from the “relegation battle” talk of January).

However, to achieve that dream and book a place in the competition next season, Chelsea have to overcome the odds against PSG. Despite drawing three times and losing just once in their past five matches against PSG, Chelsea are currently still ranked behind their French rivals in the Champions League betting stakes on sportsbooks.

A look at the odds (on 16/02/2016) on BetStars websites shows that Chelsea are 17/1 for the Champions League title, while their opponents in the next round, PSG, are 12/1. Although sportsbooks are not prophets, this is certainly an indication of what is expected of the Blues. The different is not huge, but the pressure will be on Chelsea in more ways than one. 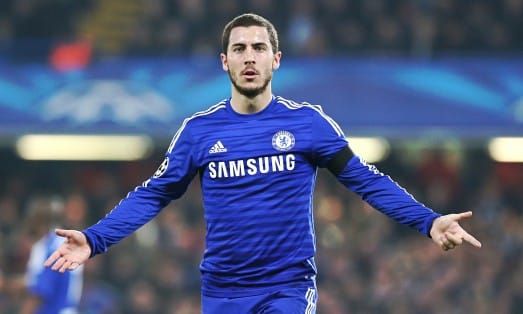 Indeed, beyond the impending battle on the pitch (PSG are leading Ligue One by more than 20 points), Chelsea have been fending off PSG in the boardroom and this time it’s not for Diego Costa. According to recent reports, Eden Hazard is keen to win the Champions League with Chelsea but won’t rule out a move to PSG if the right offer comes along.

Despite signing a £200,000-a-week contract last year, Hiddink has hinted that Hazard’s recent lack of goals means that he may not figure in the first team next season. This minor distraction aside, Chelsea also have the ominous task of taking on Manchester City in the Premier League just days after their Champions League outing.

Any club that has to split its focus between European and domestic football faces an uphill battle; however, with Chelsea’s players aware that success in the former may be their only hope of Champions League football next season, the pressure will be heightened.

However, despite this pressure, at least one Chelsea player isn’t willing to throw in the towel just yet. While the bookmakers might not agree with Cesar Azpilicueta, the Spaniard believes Chelsea can still challenge for a place in the Champions League.

Although he’s happy to do it via the Premier League or by winning this season’s competition, Azpilicueta believes that it will take just a few tweaks to set Chelsea back on the right path. As he correctly surmised, turning draws into wins over the next five games will put the pressure on the likes of Southampton, Manchester United and Manchester City.

Things Will Only Get Tougher 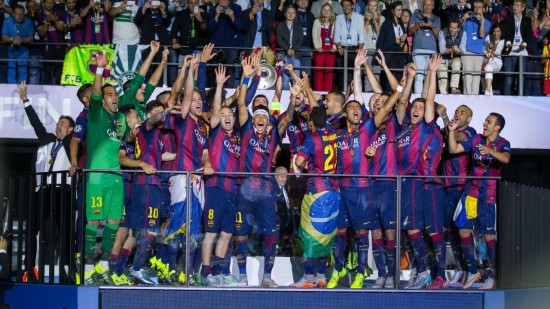 However, willing their way to a win and actually turning those hopes into reality are two very different things for Chelsea at the moment. In fact, even if the Blues do manage to string together a run of wins in the Premier League and make it past PSG in Europe, things won’t get any easier.

With Champions League champions and betting favourites Barcelona not set to meet the second favourites Real Madrid until the next round at least, Chelsea could find themselves with an even tougher match in the quarter finals.

Of course, there are no certainties in football, but it’s clear that Chelsea’s route to the Champions League next season isn’t an easy one. While Hiddink has stopped the rot and put together a decent unbeaten run, it’s been a case of too many draws and too little grit at crucial times this season and that could cost Chelsea in the race to the finish line.

By anyone’s standards the season so far has been one to forget; however, if the Blues can pull of a dramatic comeback before the final whistle in May then there’s still a chance that 2016 could be a year to remember at Chelsea FC. However, if you’re a betting fan, then it’s probably not a good idea to go against the odds just yet.