Guus Hiddink has indicated that Eden Hazard isn’t yet fit enough to return to action against Everton on Saturday.

Hazard has missed the last 2 games for Chelsea since picking up a groin injury in The Blues 3-0 win over Crystal Palace at the start of this month.

While Hazard’s hasn’t been his usual sparkling self of late, I know I’m certainly looking forward to him recovering both fitenss and form.

Equally, it isn’t worth rushing a player back and aggravating an existing injury or picking up a new one in the process.

Who wouldn’t want Hazard in their squad though and we’d all been hoping we’d see him back in action at the Bridge this weekend.

However Guus has confirmed that the Belgian is still facing a short spell on the sidelines.

Hiddink said in his press conference: “The only one not available yet is Eden Hazard, although he is on the pitch working and I hope in the upcoming week he can enjoy full training sessions and then we can decide whether he can join us for the Arsenal game”.

The Everton fixture became a much more important one after the midweek draw at home to West Brom.

After going up 1-0 in the first and 2-1 in the second half, The Baggies came back into the game far too easily.

Meanwhile Everton have one of the most naturally gifted teams to grace Goodison (particularly in recent years) which is injected with a great cast of youthful talent. 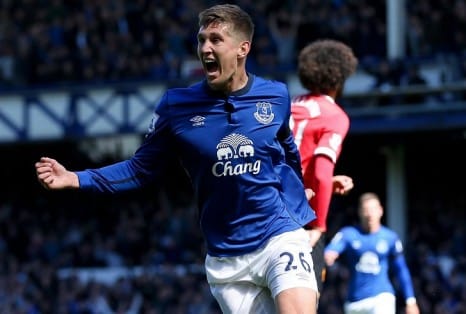 The likes of Barkley, Stones and Deulofeu will certainly pose problems. And then there’s the small matter of the returning Romelu Lukaku.

There’s nothing quite a like a striker returning to his old club!

While there have been some obvious improvements since Hiddink’s arrival at Stamford Bridge, Thursday’s draw against West Brom indicated that Chelsea still have a lot of work to do.

Everton will pose a new challenge for Guus, a side that comfortably turned us over 3-1 in the reverse fixture earlier this season.