The 2 Reasons Ancelotti Rejected Chance to Return to Chelsea

When Jose was given his marching orders by Roman in December, it has now surfaced that Abramovich turned to Ancelotti to solve Chelsea’s problems.

Of course there are multiple factors at play here. And two major reason why he turned down the opportunity to be in the dugout at Stamford Bridge once again.

A Short Term Deal
Firstly, Abramovich was only willing to offer Carlo a short term deal, exactly the same deal that Hiddink has accepted.

While this clearly works for Hiddink, it didn’t for Ancelotti.

He had other plates spinning (which we’ll get to) and a 6 month deal would mean passing up on existing opportunities in order to take a short deal and be in job uncertainty once again come May.

To me this makes perfect business sense to say no. Particularly in football where job opportunities at the top are rare and may not come round again.

Offering a short term deal also speaks volumes of Abramovich’s intentions. He clearly has someone in mind for the role, someone that won’t be available to take the role until May. This person he clearly rates more highly than Ancelotti and Hiddink.

The Bayern Factor
Ancelotti is also a wanted man. A successful manager in many countries and once you’ve led the likes of Real Madrid and Chelsea to trophies you won’t be short of job offers at the highest level.

Pep Guardiola announced that he would be leaving Bayern Munich in December and the German club moved swiftly to announce his replacement.

Now consider this for a minute. Bayern offered Ancelotti a deal until 2019. They are current German champions, have an incredible set up and will be left in great shape by none other than Pep Guardiola.

Compare that with Chelsea’s offer of a 6 month deal and arriving to a team whose confidence is shot to pieces and are lingering near the bottom of the Premier League.

I know which I’d pick. 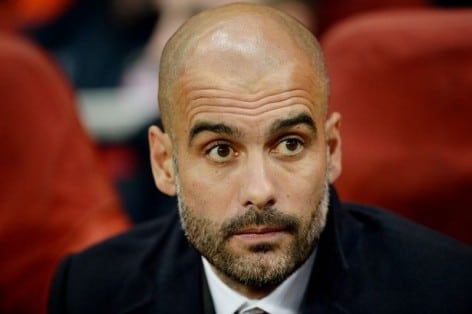 Either way, we wish Ancelotti all the best at Bayern Munich (no doubt we’ll draw them in the Champions League now) and I’m fairly positive that it’s not the last we’ve seen of Carlo at Stamford Bridge.

(As a side note, it has also been speculated that Ancelotti rejected the chance to replace Van Gaal at Man United too. So there is a heartwarming element to this story after all!)