Let’s be honest, this first half of the season has been a terrible one for Chelsea Football Club.

The results have been poor, the form of the team has definitely been poor and I’m sure Guus and the rest of the back room staff will welcome the January transfer window with open arms and look for ways to help get Chelsea back to where they need to be.

It is no question that we need reinforcements. In the striking department Costa has battled all season, scoring only 5 goals in the league whilst Remy and Falcao just don’t seem good enough.

Now the big question is: are there any world class strikers out there at the moment who would want a move to Chelsea at this point in time? Probably not.

So who are the realistic targets?

Alex Teixeira, Antoine Griezmann and Alex Lacazette are a few who have been mentioned.

I would argue the club can almost certainly rule out the purchase of Griezmann as he is currently doing extremely well at Atletico Madrid plus they are in a high position in La Liga as well as being a strong force in the Champions League.

He would also cost upwards of £50 million which might also be a barrier that needs negotiating but you never know. We will have to see whether Abramovich is willing to splash the cash on yet another ‘highly rated’ forward.

To me, Alex Teixeira looks the most likely option, with Chelsea supposedly having already made a £30 million bid to Shakhtar for the striker.

We will have to keep tabs on this one and see how the deal progresses (if at all). Hopefully Chelsea can pull through with the deal considering Teixeira has scored 26 goals in 26 appearances this season. 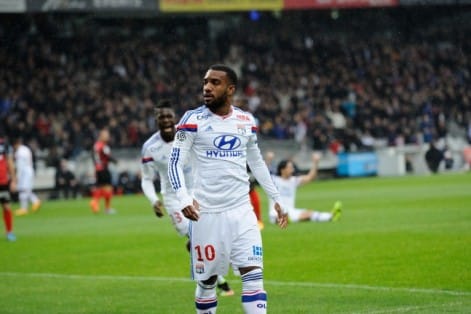 Alex Lacazette is a dynamic striker with quick speed and a lot of goals in him, however I feel this is the most unlikely option.

A striker who is still young and still developing, Lacazette has only managed to gain experience in Ligue 1 so far and the standard of the French league in comparison to the Premier League could be called into quesiton.

Which makes me wonder whether he would be able to make that next step forward and push on with his career in the Premier League. I personally don’t believe he is ready.

If Chelsea are looking for sheer quality and proven talent, which I believe they are then Griezmann is easily the best option.

He seems to be scoring goals at free will for Atletico. He will cost a hefty amount but if Abramovich really wants his man I have no doubt that he will go all out to get him.