Are Chelsea Counting The Cost of Poor Transfer Dealings?

Since acquiring Chelsea in 2003, Roman Abramovich has brought untold success to the club, winning 13 major trophies in 14 years including the Champions League, the Europa League and of course the Premier League five times.

Within this period Chelsea’s parent company Fordstam has amassed a reported £1.053 billion in loans, owed to Abramovich according to the latest accounts, and this figure is still rising.

If for some reason Abramovich decided to end his love affair with the London club, they could find them self in a similar position to that of which lowly Bolton faced only last season.

Following their relegation from the Premier League, then-owner Eddie Davies decided enough was enough and decided to reclaim the £186 million pounds’ worth of loans owed to him.

It would seem very unlikely that Chelsea would end up sinking anywhere near League One like the Trotters, however, smarter investment on Chelsea’s behalf would certainly go a long way to putting them on a more even keel.

It is no secret that Chelsea have one of the largest player pools in Europe, however a whopping 34 players have been shipped out on loan this season, a common move by the Stamford Bridge club.

Following Chelsea’s indifferent form of late, including a poor 2-1 defeat to bottom of the table Crystal Palace, they could definitely use some depth of quality in order to retain the league title.

It was a result that came from left-field but was predicted by some including Oddschecker, with injuries taking their toll on Chelsea’s relatively thin squad.

With such a large squad, it would seem almost impossible to keep track of each player’s development, or so it would seem. Since the 2011/12 season Chelsea have seen a number of talented players depart for what would appear to be nominal fees, most notably Nemanja Matic to Benfica for just £4.5 million pounds in 2011 before being resigned by the club for £22 million in 2014.

Another shocking oversight by Chelsea was the sale of Kevin De Bruyne to Wolfsburg for £19.8 million in January 2014, only for Manchester City to identify him as a key player in 2015 and splash out a massive £55 million on the attacking midfielder, a move that would seem even more vindicated following the Belgian’s incredible form this season.

Arguably the most notable transfer recently is that of another Belgian, Romeu Lukaku.

Lukaku left Stamford Bridge for Everton in 2014 for just £28 million pounds just three years before moving to Manchester United for more than three times this value at a reported £90 million pounds. 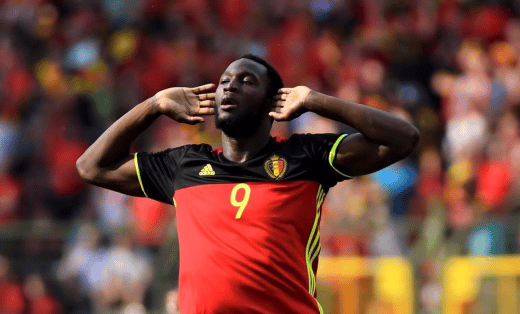 These additional transfer fees alone would have amounted to £114.7m, or effectively one Ousmane Dembele in recent transfer terms.

These are not the only players who have gone on to dramatically increase their transfer value after leaving Chelsea; Mohamed Salah, Ryan Bertrand, Daniel Sturridge, Jack Cork, Fabio Borini, Scott Sinclair, Patrick Van Aanholt and Andre Schurrle are just an example of the players whose value has sky rocketed since leaving.

How many would be featuring heavily for the West London club in this campaign is cause for debate.