For me, West Ham away presents a great opportunity for us to continue our mini-revival (yes we’re calling it that).

Many would suggest that playing away to a team 4th in the league would represent a pretty tough task and there’s no doubt West Ham will up for a game, especially given the crest of the wave they’re riding on at the moment.

However I think there are pretty obvious weaknesses in this particular fixture that Chelsea and Jose will aim to exploit.

Here’s the three I’ve picked to potentially work in our favour:

1. Trouble at Home
West Ham, despite their lofty league position, appear to be struggling to play in front of their own fans. They’ve won one of four games (and taken four points from a possible 12) at Upton Park this season.

I’d argue that they should have 4 wins from 4 too given that they’ve faced Leicester, Bournemouth, Norwich and Newcastle.

Their sketchy home form isn’t a new thing. They have only won 3 matches at Upton Park since February and have lost more league games than they’ve won in that time.

Luckily for the Hammers their away form this season (with wins away at Arsenal, Liverpool, Man City and Palace) has seen them fly up to 4th.

Can Chelsea help turn the home crowd on their own team? We certainly hope so. 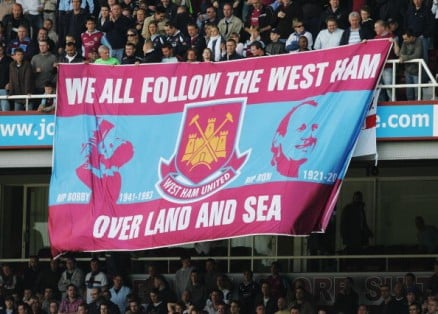 2. Discipline Problems?
Interestingly West Ham have finished the last two games against 10 men and have already received 3 reds (and 15 yellows) themselves this season. One of which came in the win at Liverpool who also had Philippe Coutinho sent off.

Which means after 9 Premier League games, there have been 6 red cards. It certainly implies intimidation tactics (which we can clearly expect to come Costa’s way) and an aggressive approach. 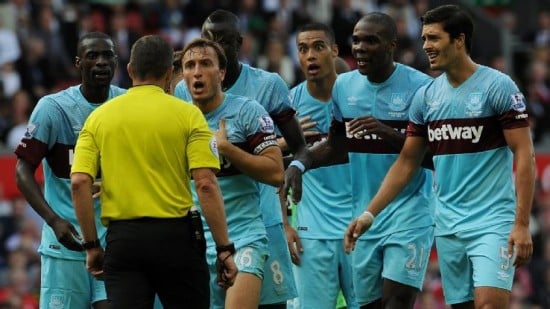 3. Hip Trouble For Key Man
It’s a well known fact that Winston Reid is a defender capable of plying his trade at a higher level. And he probably would be if he hadn’t been convinced to sign a new bumper deal at the 11th hour last season.

This year he’s been as influential as ever, with a notable performance away at Man City for which his defending probably deserved a knighthood.

It’s also well known that he has been carrying a hip problem that will probably require treatment soon. In fact, he’s not guaranteed to play this weekend which would serve Chelsea very well indeed.

However given his importance to the team, I’d expect Bilic and the Hammers medical team to patch him up and play him from the start which leaves it down to Diego Costa to hand out a bit of rough and tumble to test out that hip. 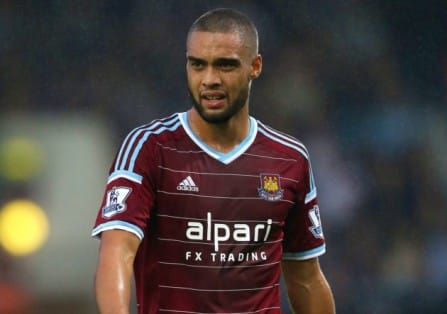