The Leicester Wreckage: A Summary of The Blues Struggles

Chelsea’s Startling Current Form
The Chelsea we have seen this season reminds many of the Chelsea of 20 or 30 years ago. The Blues are struggling, reeling on 15 points after 16 matches. This is despicable considering the Blues were first in the league this time last season with a significantly larger sum of 39 points. 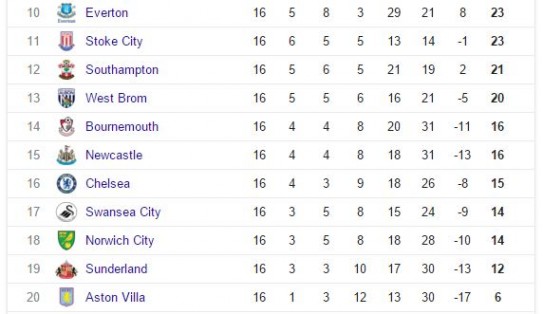 Chelsea have only won 2 of their last 10 matches in the Premier League, losing 6 of those matches as well as drawing 2 of them. Our current form is frightening and something quite new for our younger generation of Chelsea fans.

Many people my self included are not used to this kind of turmoil embroiling our club and many of us have never faced this hardship in relation to supporting Chelsea, however it is a familiar situation for those supporters who were around in the 70’s and the 80’s.

‘Star’ Players Need To Stand Up and Be Counted
Nothing seems to be working this season for Chelsea. None of Chelsea’s stars of last season are performing to the level that we saw last season and this of course is having a major impact on our current form and overall season.

Hazard looks like a ghost of his former self, Fabregas plays every game like he’s having a stroll on a Spanish beach and Costa is more concerned with fighting and agitating his opponent than actually putting the ball in the back of the net.

Willian’s Form
There is of course one positive to come out of this current season which is the evolution of Brazilian winger Willian. He’s easily been our most impressive player this season and has suddenly become the new David Beckham or as Hazard likes to call him “Willian Beckham”.

Willian has 4 goals from free-kicks in the Champions League this season, as many as every other player combined. pic.twitter.com/CoL05PVOnO

Willian has scored 6 direct free kick goals this season, that’s 85.7% of his total goals he has scored this season. He has scored some crackers, my favourite being his winning strike against Dynamo Kiev at the Bridge. Let’s just hope he continues to be one of the few who are actually performing to a certain level and contributing to the team .

Jose Mourinho and his team have only won 9 of the 24 matches they have played this season in all competitions, that is a mere 37,5%. Jose Mourinho is partially to blame for this horrid run of form but ultimately I believe it is down to the players.

Many of them look disinterested and seem to care very little even when the team loses, the attitude of some of these players really does have to change if Chelsea are going to climb up the league in the coming weeks.

Jose Mourinho has been his usual crafty self this season. His continual belittling of the FA, the referees and constant decisions going against his team is some what justified, however Jose has problems far deeper than the issues above. Jose has never managed a team in such a poor position before and this is new uncharted waters for him and his back room staff.

Roman’s Patience Running Out?
Roman Abramovich has been patient with him and seems to be willing to give him time to help the club recover from this situation. Mr Abramovich as we all know is never shy to wield the axe however it seems as though this time he realizes that Jose is pivotal and important for the future of this club and has publicly decided to stick by him through this time of struggle for the club.

Monday night’s loss to league leaders Leicester signified the attitude of our players this season. After the final whistle the whole squad bar Courtois, Ivanovic and Azpilicueta headed straight down the tunnel to the dressing room without even thanking the Chelsea fans who travelled up to the King Power to support the team.

It sent a negative message that maybe some of the players in our current squad actually don’t care? Eden Hazard went down “injured” after a shove from Jamie Vardy in the early stages and after 10 seconds according to Mourinho he signaled that he wanted to come off. Was he really injured or does this show the lack of fight in him?

There have been many contrary reports after Monday nights game suggesting that Jose’s time at Chelsea is up after he seemed to criticize his own players in his post match press conference, stating they had “betrayed” him, with reference to the hard work he did on the training ground to help prevent or shut down Leicester’s attacking threat.

Bring On Reinforcements in January
The Leicester result sends us into the Christmas period hanging just above the relegation zone, new territory for many Chelsea fans. Sitting on just 15 points, something has to change in the coming weeks and I’m sure Mourinho will welcome the opening of the January transfer window with open arms. Chelsea needs to revamp the defence. Terry looks past it and Ivanovic has been dismal in the right back position, changes have to be made.

The need for a new striker is evident. Costa, Remy and Falcao have scored a timid 8 goals between the three of them this season.

Jose is obviously looking for fresh blood for his front line with players such as Antoine Griezmann, Alex Lacazette and Alex Teixeira being linked with the club, but would any of these players want to come to a club languishing in the lower half of the Premier League table and with almost no hope of making the Champions league for the coming season bar a sensational run in the Champions league knockout rounds.

That’s for you to ask yourself, the question is whether Chelsea will have the ability to continue to attract these top players to the club in our current position. 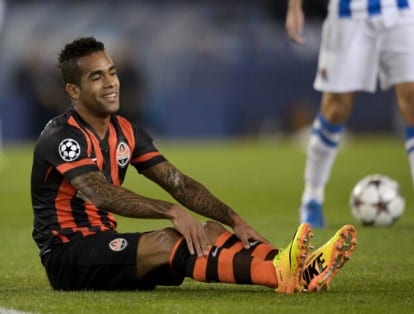 There are many things that Chelsea and Mourinho will have to address in the coming weeks and our form has to improve. If things don’t improve then I have no doubt that Abramovich will not be afraid to wield the axe once again and sack Mourinho however if he still has this vision of creating a dynasty within Chelsea then Mourinho is the man to make this happen and he must stick with him.