Plenty of water has passed under the bridge since Leicester and QPR broke an almost 10 year old record for the most shots in a Premier League game at the end of November. There were a total of 52 shots (33 of which came from QPR) and Leicester lost the game 3-2.

It’s almost comical that only 11 of the 52 shots were on target. You can just imagine the fans at both ends of the ground cowering every time someone pulled the trigger.

January saw the big money arrival of Andrej Kramaric (who strangely opted for the King Power Stadium over Stamford Bridge) as well as former three-time Chelsea ‘Young Player of the Year’ Robert Huth. The last 4 games for Leicester have seen them record 4 wins, not the form of relegation candidates – something has definitely clicked for them just in time.

Though its worth remembering that Leicester play Newcastle on Saturday. A much more winnable game against fellow strugglers and while Pearson has said he won’t play a weakened team against us you can be sure his key men have been given instructions not to do themselves any damage.

How Will Chelsea Set Up?

Given the lack of striking options, the false 9 tactics used against Arsenal may just have played into Jose’s hands in more ways than one. Drogba was only required to play 45 mins against the Gunners which means his legs will be rested and Costa can be wrapped in cotton wool for another week.

Everyone knows there’s no way Drogba can play 2 games in a week these days but given the way Jose set up on Sunday I think he’ll get a start against Leicester.

Leicester are completely different proposition to Man Utd or Arsenal and it is likely that Mourinho will expect his players’ difference in quality to provide one or two moments of genius that will decide the game.

I’d love to be able to put a name to who will play at right back for Leicester on Wednesday night but I’m not sure they know themselves. Truth is, they might not even play one with Nigel Pearson preferring to play a flat back 5 or 3-5-2 in 2 of their last 4 games.

From my analysis (transparently without watching them to any great extent), it seems like Leicester have a genuine weak spot at right back.

Here are the candidates:

Ritchie De Laet: Leicester’s seemingly number one right back this season but his appearance time in the last 4 games put big question marks over Pearson’s confidence in him. He suffered the indignation of being subbed at half time against West Brom, came off the bench at half time against Swansea and only got 18 mins from the bench at the weekend against Burnley (all games which Leicester have won). Who knows what that may have done to his confidence.

Marc Albrighton: Has been utilised at right back or wing back when Leicester have played 5 in defence despite being a winger by trade. To my mind he would be highly vulnerable as his skills are predominantly in getting forward and putting crosses in.

Danny Simpson: Signed in the summer, a genuine right back and Pearson probably had hopes he could be the answer to his problems. He hasn’t seen any game time since the start of March and given Leicester’s recent run it doesn’t look like he’s in favour at all.

Marcin Wasilewski: A centre back who has been playing on the right side of 3 central defenders when Pearson has opted to play 3-5-2. Not that quick but looks as mean as they come. Has been dragged off at half time in 2 of the last 4 games he’s played which doesn’t look great for him. I’d guess that if he plays, they’ll give him some pacey protection (De Laet/Albrighton).

Formation: Which leads nicely into Leicester’s formation. No matter how you cut it, they’ve got trouble on that right hand side. My bet would be a flat back 5 with Albrighton or De Laet playing on the right and trying to get forward to support. If that’s the case, I imagine Leicester will have trouble getting out of their half with their wingers having their defensive duties always at the back of their mind.

Whoever takes the right back spot, whether Leicester even play with a right back, they’ll likely have this guy to contend with: 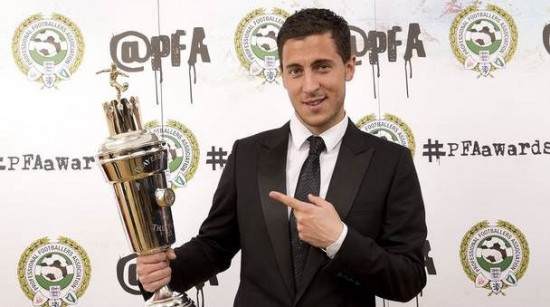