When Chelsea last made an appearance in the second round of the League Cup, Peter Andre stood atop the charts with “Flava” and Sir John Major occupied Number 10.

Today, Chelsea’s new manager Antonio Conte is facing an extraordinary rebuilding task after one of English football’s biggest falls from grace. Only an immediate return to Europe will be good enough for the fans that quite rightly craves success and silverware.

Conte’s first step towards achieving that goal at Chelsea begins with an EFL Cup tie at home to Bristol Rovers.

Naturally, there is the expectation of a resounding home win, but with a second string squad expected to take the field for Chelsea, anything is possible. Even at the height of Jose’s second reign in 2014/15, the Blues infamously fell to a League One side in Bradford City, 4-2 after leading 2-0 at Stamford Bridge in the F.A Cup. 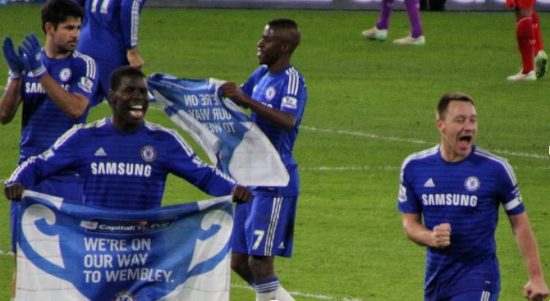 Chelsea won this competition in 2014/5 as part of a league and cup double. Sadly, the good times were not to last and they enter R2 in 2016/7 as a non-participant in Europe. For the latest Chelsea odds, visit Matchbook.

A repeat demonstration of such complacency in defence will likely see a similar result, since Bristol Rovers fought tooth and nail in the first round to beat Cardiff City 1-0. The first and only goal arrived five minutes from the end of extra time, a stat which at least indicates the defensive tenacity that Rovers possess when faced with opposition from a higher league.

The hero of the hour was Chris Lines, a midfielder with the ability to control the game through shrewd passing and a good physical presence. Although no match for the likes of Cesc Fabregas or N’Golo Kante, the 30-year old may thrive against men with less minutes and an uncertain future at Chelsea.

For instance, promising talent in Nathaniel Chalobah remains in the periphery, as the emphasis is now on short term results to restore lost pride. So too does Nemanja Matic, who fell out of favour despite enjoying a good start to 2015/16.

By contrast, Lines is now the toast of the Memorial Ground after his goal against Rovers’ cross-Severn rivals, and will approach this tie with due confidence and no pressure.

The main goal threat for Chelsea to consider is Matt Taylor, who boasts a return of 47 goals in 94 appearances for Bristol Rovers. Compared by some to the unstoppable Leicester hitman Jamie Vardy, Taylor (like Vardy) began his career in humble surroundings.

After hitting the net 80 times in 92 matches for North Leigh, he had far a more modest return with Forest Green. However, a move to Bristol Rovers in 2014 changed his fortunes, and those of his new club, culminating in him becoming the top goalscorer in the entire Football League for 2015-16.

Against the odds, John Terry not only remains on the books at Chelsea, but has also been appointed club captain for what should be his final season. Possessing unrivalled experience, there is the opportunity for Terry to justify Conte’s decision when faced with an uncompromising striker such as Taylor. The impending clash of age versus experience will provide a focal point in the match if Terry participates.

Now a League One side, Bristol Rovers are not without Latin flair on the wing, and Colombian forward Cristian Montaño is set to provide a majority of Bristol Rovers’ chances from the wide areas. A London-raised trialist at West Ham, Montaño has experience of playing in South America and Europe, proving his ability to quickly adapt to new playing styles.

A spate of personal troubles in late 2013 led to his dismissal from Oldham Athletic, leading him to move back to Colombia and make nine appearances for América de Cali. Though charges brought against Montaño would be later dropped, his reputation remained blighted. In 2015, Darrell Clarke placed his faith in Montaño, who subsequently made 28 appearances in 2015-16, scoring twice as Rovers went up yet again.

Though never blooded by West Ham, Montaño’s connections to the club make a visit to Chelsea extra special. His potential opponents include Kenedy and fellow Colombian Juan Cuadrado, both of whom arrived at Stamford Bridge with much proverbial fanfare, only to be disappointed and shut out of the team. 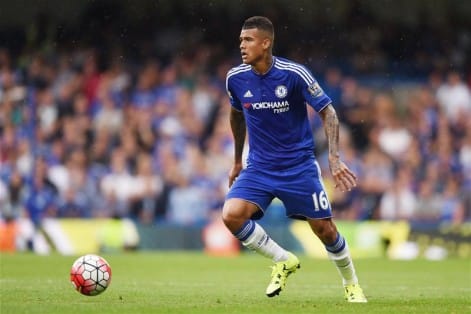 Kenedy in particular must treat this game as a personal cup final, and yet his tenacity has often been found sadly lacking when under pressure. The South American game can often be brutal, yet Montaño came through his nine matches in Colombia unscathed, and he should win the physical battles with ease if indeed it is a second-string player against whom he is pitched.

Ultimately, Chelsea will be well-tested by Bristol Rovers, since Clarke’s men attack fearlessly and defend as a unit. Conte will need to field a team that has a winning mentality, regardless of the occasion. Crucially, to do this effectively, Conte will need to start with John Terry at the back and a hardworking marshal (such as Kante) in the middle, even if the £32m man would ideally be rested.