Can Conte Bring Glory Back to Stamford Bridge?

Chelsea are already looking much better than they did last year. After finishing in a wholly disappointing 10th place during the previous season, the Blues had nowhere to go but up. But thanks to some fresh players and new management, the club has catapulted itself back to the top end of the table, for now.

Chelsea were busy in the off-season adding some exciting new talent. The team pulled off one of the few steals from Leicester City’s title-winning squad with the addition of N’Golo Kante, and the midfielder has already become a fixture of the starting XI.

Particularly exciting is the signing of young Belgian striker Michy Batshuayi. The 22-year-old ‘wonderkid’ was the Blues’ most expensive signing of the summer transfer window, and it’s already looking like it’s paying off.

A mere four games into his Premier League career, he has already managed to find the back of the net and also put up a brace during Chelsea’s League Cup match against Bristol Rovers. Stamford Bridge is also operating under a new manager this season as Antonio Conte brings his tactical nous to Chelsea, and he’s already performing significantly better than either of his predecessors last year. But better isn’t going to be good enough for the new coach.

Some players around the league have already said that Chelsea will win the title this year, and that’s not a far-fetched prediction given the available talent. Add in the fact that Chelsea won’t be forced to deal with the added strain of European football and you have a team that’s one of the best in the league and sure to be well rested compared to the other top sides.

If there’s one area where we still need a bit of improvement, it’s the defence. This was no more evident than during the draw against Swansea. Cont 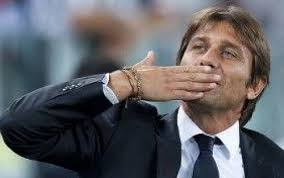 e continued to rely on the longstanding backline that has served us well for years – Cesar Azpilicueta, Gary Cahill, John Terry, and Branislav Ivanovic. Three of those players are 30 or older, and no one would blame Conte for going with a more youthful line-up in the near future.

Chelsea spent plenty of money to bring in Marcos Alonso from Fiorentina and  David Luiz has also returned to Stamford Bridge after spending the last two years with Paris St. Germain. At 29, Luiz can now be considered a veteran who has returned with plenty of experience but still has the legs to run with the best of them. Also, Alonso could be just the fresh spark that the defence needs.

Anything is possible for Chelsea this season, and it’s important to remember that we’re only a year removed for the Blues’ previous Premier League success. Conte is a welcome addition to the sidelines at Stamford Bridge, and while the match against Swansea should serve as a wake-up call, fans should be thankful that we still walked away with a point.