Chelsea To Win The Premier League – Bet On It!

Antonio Conte is hoping not to lose much sleep in his debut season as manager of Chelsea FC.

However, that all depends on how the team performs under the first-year bench boss.

Conte — a tactical genius — is known for his motivating coaching methods, as seen during Euro 2016 when he guided an injury-riddled Italian national team to the final eight.

“Before games, usually, I don’t sleep a lot. Maybe two, three, four hours,” Conte told The Mirror in a recent interview. “Then, when I wake up, I start to think about the game and the situation. After the game, when I win, I sleep easily.”

Chelsea enters the 2016-17 Premier League campaign as one of the legitimate favourites to win the title, alongside Man City and Man United. According to Bovada oddsmakers, the online sportsbook has a +550 line that Chelsea will come out on top under Conte this season — only City (+200) and Man United (+330) have better odds.

If Chelsea doesn’t win outright, its chances of finishing near the top of the table have drastically improved from last season. Bovada pegs The Blues at -200 to earn a top-four finish.

At this point, anything short of qualifying for the Champions League would be utterly disappointing, maybe even putting Conte on the hot seat early on his tenure.

So what will it take for Chelsea to capture its fifth Premiership crown and first under Conte?

Despite a trying season in 2015-16, Chelsea still managed to finish among the highest scoring clubs in the Premiership with 59 total goals, thanks in part to Diego Costa’s 12 goals. 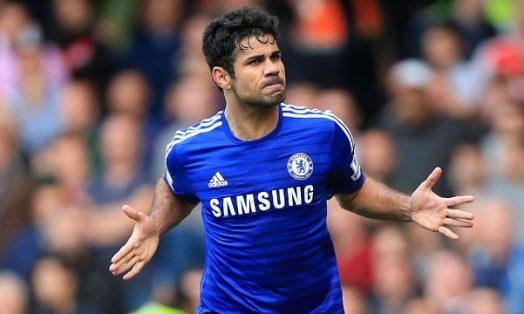 Belgian international Eden Hazard is coming off a disappointing season with Chelsea — scoring just four goals — and is already showing signs of a rebound year under Conte.

The off-season addition of midfielder N’Golo Kante, who was a key part to Leicester’s championship run, was definitely Chelsea’s top signing of the transfer window. Kante will provide Chelsea with the energy, guile and quality the team lacked last year. He will protect the back four expertly while also spearheading counterattacks.

Perhaps Conte’s biggest challenge will come on the defensive side of the field, where Chelsea struggled mightily last season. Conte, factoring in that John Terry and Gary Cahill are in the twilight of their careers, will have his work cut out for him.

Chelsea will be fresh for every game this season as they don’t have European commitments to preoccupy them. This silver lining could prove crucial in the Blues’ title aspirations.

There’s no doubt Conte will be under the microscope in his first season with Chelsea but the Blues have the squad and the right manager to get the job done.

Have a look at who Chelsea play next, scan their entire schedule, find out the best betting lines for every Blues game and heed some tips on how to make more money from your Chelsea bets.