Sydney FC vs Chelsea Preview: How Chelsea Are Making Friends Down Under

You can watch the game live: here

With Chelsea FC Blog currently based out of Sydney, to say we’re excited for tonight’s game would be a huge understatement. I’ve lived in Australia for two years now, moving over from South West London in 2013, and like most people over here I have had to come to terms with the fact I’d only get to watch the Blues play once or twice a year when flying back for a holiday.

Although I am sure the rest of the World, especially people back in London, see this as just another exhibition match – which of course it is, to the fans living out here this is a huge occasion, and one not to be missed by anyone.

There has been a sea of blue all around the city since the teams arrival on Sunday morning, and there is a genuine buzz amongst sports fans. To watch the Premier League Champions play just 9 days after they lifted the trophy at Stamford Bridge is quite special for a lot of people, including me.

With the team staying at the exquisite Park Hyatt Hotel down in the famous Circular Quay, fans have flocked to the area to get a glimpse of the players. It has to be said almost the whole team have been out and about, signing autographs and taking photos – their accessibility has been fantastic. Without waiting around like a crazy sports fan, I did happen to bump into Petr Cech which was a pleasant surprise I must say.

Just bumped into @PetrCech and what a privilege it was too. Enjoy the game tomorrow big man! #cfc #chelsea pic.twitter.com/EhqpWYjJzj

After a day to visit Sydney, with trips to the Zoo and the Harbour, the team had an open training session at the ANZ Stadium for the fans and press – with over 10,000 people attending the free event out in Western Sydney. With Real Madrid, Manchester City and Roma touring Melbourne next month, it’s rare Sydney gets much attention and you can clearly tell that football fans are clearly making the most of it. Australian fans are pinching themselves to be getting Ronaldo, Aguero, Totti and Hazard all visiting this winter. 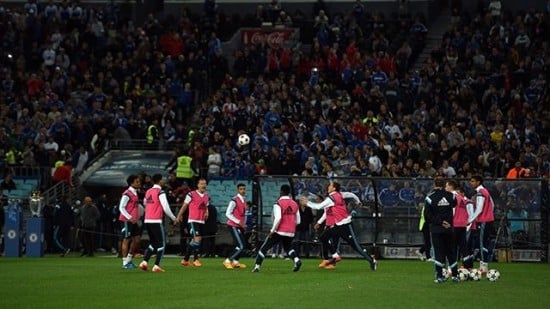 For the game itself, it’s impossible to predict the line up and maybe scoreline too. While we’re sure Chelsea will come out victorious, the starting 11 is anyone’s guess – apart from the front three who Jose Mourinho has already named; Loic Remy, Eden Hazard and Diego Costa. Jose has said that the Blues are taking this game seriously but I’m not sure it will be the intense work out that he is making out.

What we do know for sure is that Sydney and the Chelsea fans are ready for this game. Ready to sing their hearts out and watch the (almost full strength) Blues play in front of a sell out crowd. Before this week I still treated International tours as a waste of time and just to sell shirts – try telling that to the supporters groups who have flown from all around Australia to watch this game.