Why Do Chelsea Fans Need To Know About Ludogorets Razgrad?

Why is any of this relevant to Chelsea?
Well they have a new manager who goes by the name Bruno Ribeiro (formerly of Leeds Utd and Sheffield Utd). He was born in Setubal, Portugal – the same place as our very own Jose Mourinho.

This could all yet prove to be preposterous propaganda, but Bulgarian media (and subsequently The Guardian) have quoted Ribeiro as saying:

Jose Mourinho is like a brother of mine. We talked about Ludogorets and he advised me to come here.

It is possible that some Chelsea players will join Ludogorets [on loan]. I’ll talk with Mourinho and see what happens. Without doubt he is going to help us.

So it seems we may be sending a few players out to Bulgaria.

The New Vitesse Arnhem?
With Chelsea utilising the loan system to great effect for young foreign imports, particularly with Vitesse Arnhem – it would seem as though Ludogorets may well provide another option for Chelsea’s young stars.

Ludogorets can offer Champions League football and, with a Portuguese manager, the culture of the club will likely be shaped in a similar way to how Jose approaches his task.

Without doubt the level of European football is the main draw, however it remains to be seen whether the Bulgarian top flight will be considered the right environment to nurture our youth.

What You Need To Know About Ludogorets
As for Ludogorets before Ribeiro took over, they have previously reached the round of 16 in the Europa League (beating PSV, Dinamo Zagreb and Lazio over 2 legs in the process) and last season they qualified for the Champions League proper for the first time.

Their group consisted of Liverpool, Real Madrid and Basel. Given the quality and pedigree of their opposition, it’s fair to say they put on a good showing beating Basel at home, drawing against Liverpool and taking the lead against Real Madrid before eventually succumbing to a 2-1 defeat.

This is all despite them having formed in 2001 and only qualified for the Bulgarian top flight in 2010 with a town made up of just 32,000 people. Remarkable.

Maybe not so remarkable. Ludogorets are owned by one of the richest men in Bulgaria, a man by the name of Kiril Domuschiev who has had an increasing involvement in the club after officially taking over in 2010. So unsurprisingly there has obviously been some significant bank rolling throughout their meteoric rise in Bulgarian football.

So quickly has their star risen that they haven’t quite had time to build a stadium fit for European football. The Ludogorets Arena holds just 12,500 meaning their European games have to be played 170 miles away in the Bulgarian capital, Sofia. 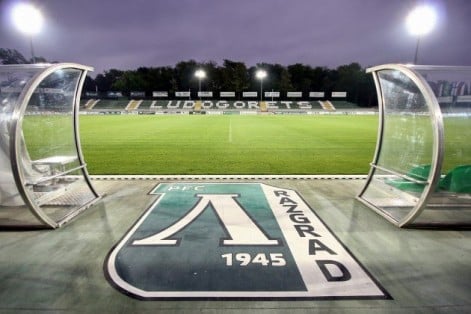