Chelsea is a club synonymous with excellent football, and their time at the forefront of the Premier League has seen them play in some of the most exciting matches of all time. It would be almost impossible to create a definitive list of amazing matches played by a club that was founded in 1905, so, for the purposes of this article, we will be suggesting some of the most exciting matchups played in recent years.

Prior to this match, Chelsea had already scored a significant victory by beating Liverpool 3-1 at home at Anfield. Having beaten the home team under the eyes of the Kop, Chelsea were the odds-on favourites to win going into this game.

However, the game didn’t start well for the Blues, with Xabi Alonso scoring from a penalty, quickly followed by a set-piece goal from Fabio Aurelio. Going into half time, Chelsea were on the back foot, and the game was now level on aggregate.

At the start of the second half, the Blues came screaming out of the dressing room, forcing Jose Reina into a fumbled own-goal before Alex dropped a rocket of a free kick into the back of the Liverpool net.

Two goals in six minutes put the Blues firmly back in charge, but Liverpool were far from heading for an early bath. A sudden fightback from the Reds led to goals from Lucas and Dirk Kuyt, drawing the match level again with only minutes to go.

Having already scored once, Lampard decided it was finally time to put the game to bed; his shot hit both posts before going in, putting the Chelsea crowd on their feet and finishing one of the most exciting back-and-forth games of football Stamford Bridge had seen for some time.

Jose Mourinho’s arrival at Stamford Bridge got off to a fantastic start when the ‘Special One’s’ managerial debut ended up with them winning their first Premiership title in fifty years. Not only was Mourinho confident that his new club was going to win, but he also had already picked a place for the ceremony: the Reebok Stadium.

Bolton put up a dogged challenge and repeatedly threatened Petr Cech’s goal in the first half, but twice they overcommitted to the attack, getting sucked in by Chelsea and then hit on the counter-attack. Lampard scored twice, sealing his bid for man of the season, and the Blues won the title exactly where Mourinho said they would. 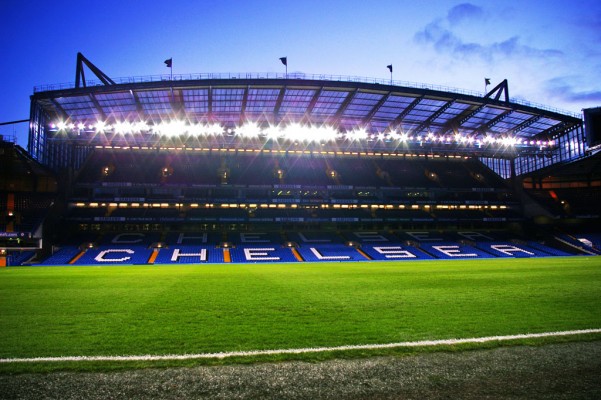 Chelsea 4-2 Barcelona (Champions League Round of 16)

The rivalry between Chelsea and Barcelona is pretty well-known, and sometimes that tension bubbles over. This match was a pretty good example of that, with Barcelona manager, Frank Rijkaard, having to be restrained after an altercation broke out near the tunnel.

Have lost 2-1 to the Catalans in the first leg, Chelsea had something to prove—and boy did they. Screaming out of the dressing room, Eidur Gudjohnsen, Frank Lampard and Damien Duff all scored goals that put the Blues in a commanding position, but Barca weren’t the favourites to win the competition because of their habit of giving up.

Two quickfire goals from Ronaldinho put Barcelona back in the game, and the last twenty minutes of the match saw some frantic football, pulling an amazing save from Cech before Terry sent the Blues on to face Liverpool with only fifteen minutes to go.

The 2012 Champions League semifinal at the Nou Camp really did live up to this tradition. Although the Blues were ahead 1-0 on aggregate after beating Barca at Stamford Bridge, the Catalans were still a dangerous team to face, having scored an astounding 102 goals at the Nou Camp during their season and a whopping 18 goals in their last five Champions League home games.

The game didn’t start well for the visitors, with Sergio Busquets and Andres Iniesta putting the home team ahead and Chelsea linchpin John Terry being sent off for violent conduct. The Catalans kept nearly all of the possession for the match, battering the Chelsea goal.

But somehow the Blues hung on, and goals against the run of play by Ramires and Fernando Torres stunned the home crowd and sent Chelsea through to the final. 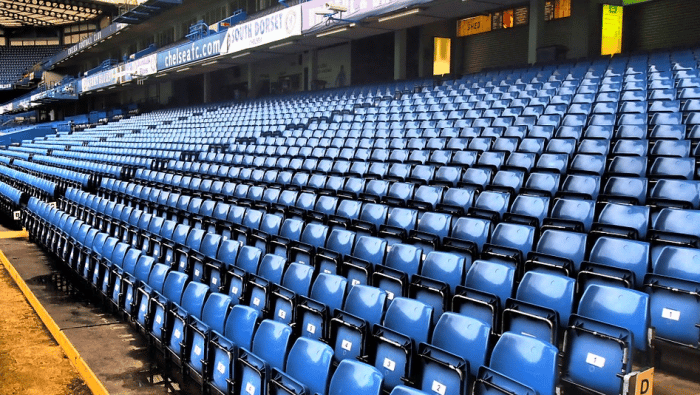 (Part of what makes Chelsea such a difficult team to play against is the energy and encouragement of their fans, particularly when they are playing at home)

The 2012 Champions League final is exactly the kind of football game that every fan hopes for and dreads in equal measure. The match was tense, right up to the end, before it went to penalties to decide nothing less than who would be the Champions League cup holders.

The day was full of moments that make football the sport that it is. Chelsea entered the match as the underdog, and both sides threw everything but the kitchen sink at each other without actually scoring a goal until eight minutes from the end, when Thomas Muller put the home team ahead.

The game seemed in the bag for Bayern before Didier Drogba, in his last game for the club, nodded home the equalizer to take it to penalties. As if penalties weren’t tense enough, both Manuel Neuer and Petr Cech played their hearts out, saving three penalties between them against some of the best strikers on the planet.

Then, in what was essentially a fairy tale ending, Drogba stepped up to coolly put the last penalty away, securing the trophy with his last kick for the club and winning the Champions League on 19/05 for a club founded in 1905, truly amazing!